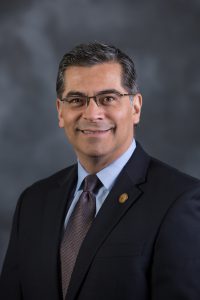 It is fitting that the first recipient of the award is Attorney General Xavier Becerra. “John Van de Kamp lived for the values of justice and opportunity that define the State of California,” said state Atty. Gen. Xavier Becerra, who once worked for Van de Kamp. “I will forever be grateful for the confidence he showed in me from my earliest days of public service under his leadership at the California Department of Justice. He served the people of California like few others.”

Mr. Becerra’s has devoted his professional career to public service and the kinds of issues that John Van de Kamp was such a vocal advocate. Whether as a member of Congress where he served as the Chair of the Hispanic Caucus, as Deputy Attorney General, as a California State Legislator, or now as Attorney General, Mr. Becerra has been a vocal advocate on issues related to immigration, women’s issues, the environment, and California’s unique role vis-à-vis federalism. We hope you will help us acknowledge the immense contribution of both John Van De Kamp and Attorney General Becerra to the advancement of the law and justice in California. Sponsorships of the Conference and the Reception are available at all budget levels. For more information, please contact us at events@ccba.law.

We hope to see you there!

CCBA is a 501(c)(6) non-profit that transforms ideas into law through the participation of attorneys and bar associations across California.

We welcome your support!